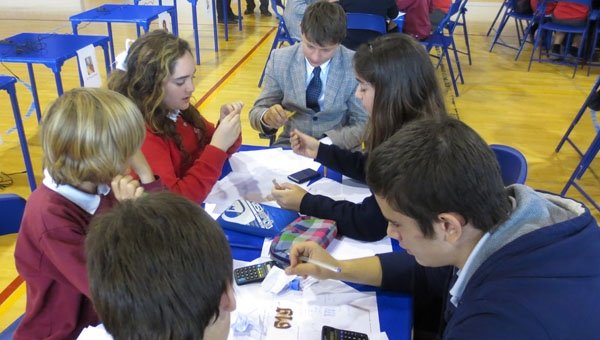 As last year, we students from a total of eight schools from along the coast competed for Mathematical supremacy. The students were split into mixed-school groups, which were named after famous Mathematicians, and were set a variety of challenges to test their ability to problem solve, work as a team and communicate ideas. In the first round students were running back and forth trying to remember and describe objects they had seen, there was lots of head-scratching during the puzzles round, sharp wits were then tested in a fingers-on-buzzers quiz, and the event finished off with the groups making a poster on The Fibonacci Numbers.