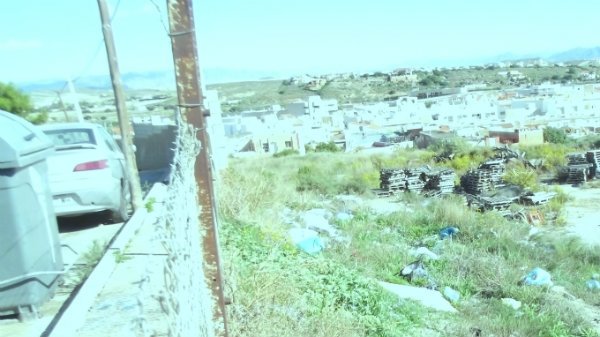 AFTER a few months of being relatively litter-free, despite the holiday season, some towns are once again looking scruffy, especially the back streets of Turre… and it’s nothing to do with the floods!
Local resident Tony Matthews said: “Just look at this picture, taken in Turre. It seems to me that the locals don’t bother using the bins, they just through their rubbish over a fence for all to see and for the rats, cats and dogs to have a ball!
“Six of us (four from Turre) continue to pick up other people’s trash (when we can) but come on, there’s only so much one can do. If there’s a bin, use it.. don’t just dump you trash anywhere, in any place.”
Why leave an unwanted mattress, a cupboard, even a load of pallets on the side of the road, hoping someone might want them or the refuge lorry will come along and pick them up. It doesn’t happen.”