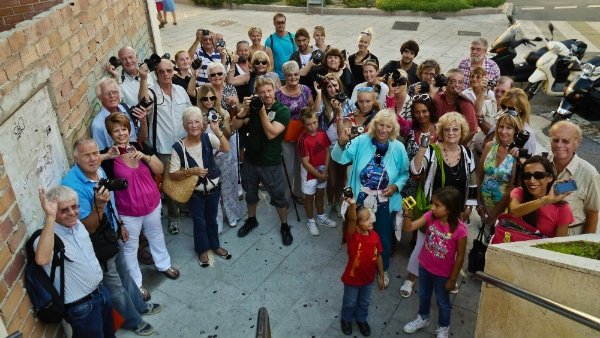 This year saw the first Benalmadena Photo Walk with over 50 people taking part.
From seasoned photographers to those with phone cameras the whole area was covered to produce some wow factor shots for the world to see.
Several nationalities were involved in this fun walk which was open to all. Small groups were formed to cover all areas including the Arroyo, Paloma Park, the Marina and other areas of local interest. The leader Ray Challinor a member of the Costa Del Sol Photographic Society, was pleased with the turnout and the response of so many young people who were involved to produce a display of photos of the exceptional town we live in. The walk finished at a local restaurant where new friends were made and photos were compared
All involved will have their work published soon on the www.photoclubspain.com website.