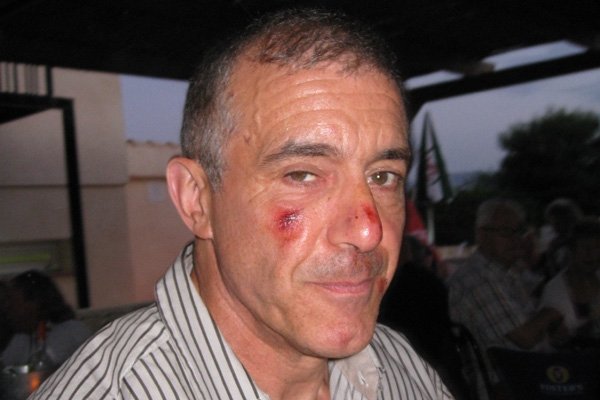 TOURIST Chris Chatsfield suffered injuries after falling off his bicycle between the petrol station and Mojacar beach, suffering  cuts,bruising and a shoulder injury.

He has also suggested that the pavement along which he was riding should be clearly marked as not being suitable for cyclists and a warning post erected in front of the dangerous spot where he fell.