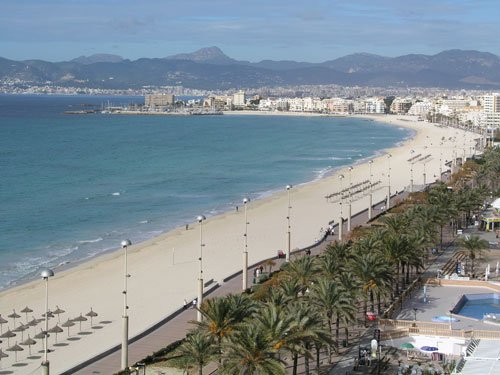 MALLORCA’S Playa de Palma is set for a major face-lift.

Two projects valued at nearly €6.3 million have been approved by the government and local businesses, the team responsible for the area’s regeneration announced.

The projects aim to improve the Plaza Mayor and Gran Via in Can Pastilla and the Paseo Maritimo in Las Maravillas. Works are set to begin in October 2012 and it is estimated it will take six or seven months to complete.

The promenade with be re-surfaced, the lighting upgraded and the public gardens and seating areas. “These improvements will enhance the beach front making is more attractive for holiday makers thus providing a boost for local shops and hotels,” said Alvaro Gijon, head of the public consortium).

“This project is considered vital for the future of tourism in the Bay of Palma.”

The money for these projects will come from the central and regional governments who have agreed to invest €10million a year to the project.