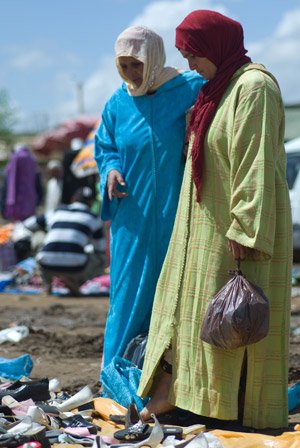 MUSLIMS living in claims to feel less rejection towards their religion than in other EU states or the according to a survey.

The study carried out by the Ministries of Justice, Work and Immigration, and Interior, with 2,000 people, shows that on a scale of one to 10, Muslim immigrants give their trust in NGOs 7.2 points, the same as they give the king of , while giving Muslim leaders in the country 6.7, the legal system 6.4 and the police 6.1.

Around 83 per cent of Muslims living in considers to have adapted to Spanish life and traditions. Seventy-four per cent say is welcoming to immigrants, while 67 per cent feels at home in .

Ninety-two per cent consider violence is not a way to defend religious beliefs.