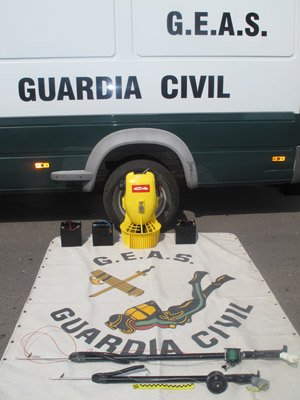 They seized the fish which they had caught and handed it over to a charity.

They could be fined up to €60,000. One of them had already been reported for a similar event on another occasion.