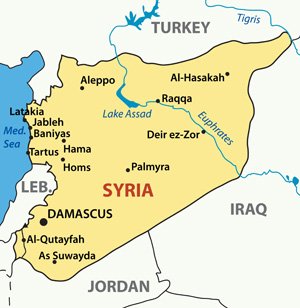 SPAIN’S Foreign ministry urged all Spanish nationals to leave Syria while they could. As anti-government protests which began last March continued unabated, the situation there was worsening, the ministry warned.

The latest recommendation followed on from earlier advice expressed in far vaguer terms and was more in line with announcements from both the Foreign Office in London and France’s Foreign ministry. Scheduled flights were still leaving Damascus and Aleppo regularly and travel by road posed no problems with the frontiers between Syria and its four neighbours remaining open.

It was preferable for Spanish citizens in Syria to leave while travel was still feasible, rather than risk having to be evacuated at the last moment, said the ministry. Around 1,200 Spaniards live in Syria, many of them women married to Syrians they met in Spain.

Dozens of people have already left the country, either for holidays or fearing that the situation would deteriorate. Those who had made up their minds to remain in Syria were advised to leave their addresses and telephone numbers with the Spanish consulate in Damascus.

The advice from the Foreign ministry followed earlier reports that Cabinet Office junior minister Leon Bernardino had travelled secretly to Syria on behalf of the government. Here he met high-ranking government officials and, according to some sources, Bashir Al Assad himself, with offers to host a peace conference in Madrid or grant the premier asylum were he to decide to step down.