DIVERS have alerted that the pipes which carry fecal waste into the sea in Nerja are cracked and broken in several places. For more than 40 years, Nerja has been waiting for a water purification plant which has never seen the light, meaning that all waste from houses, hotels and other businesses in the area is carried, untreated, into the sea.

The untreated waste is carried by pipes, measuring more than a metre in diametre a distance of 1.8 kilometres from the coast.

The presence of waste in the water around the area is nothing new, but divers who practice in the area have raised the alarm, as they have observed that the passage of time and the effects of the tides and storms are causing damages to the pipes, and fecal matter is leaking into the sea much closer to the coast, sometimes no more than 300 metres, leading to all types of waste floating there for tourists to see.

Many wonder how Nerja can call itself the tourism capital of the , and have blue flags on four of its beaches, allegedly for the optimal water quality.

It is hoped that work on a purification plant will start this year, but completion would take at least four more years.

Meanwhile, work has almost been completed on a five-kilometre water collector created to prevent untreated waste waters from reaching La Viñuela reservoir, the main provider of drinking water for the Axarquia area.

The project has been carried out by the Andalucian Water Agency at a cost of €1.2m and will be finished in July. It will collect blackwater from the houses to the right of the reservoir. It also contemplates a purification plant to remove solid matter from the water. 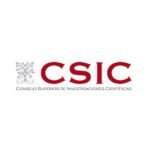