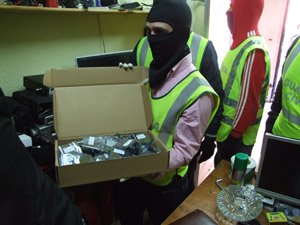 JOSE JESUS S.R. was arrested in Pampanico (El Ejido) last week after allegedly swindling electrical components worth €40,000 from a business in Alcala la Real (Jaen). Police searching the 33-year-old’s home located all of the illicitly-obtained objects which have now been returned to the suppliers.

On at least four occasions Jose Jesus S.R. obtained goods after making internet orders to which he attached a copy of a bank transfer for the required amount.  He would then cancel the transfer, but used the original bank slip as proof of payment.

The owners of the company were unaware of Jose Jesus S.R’s scam until they noticed that the amounts due from his transfers did not appear on their bank statements.