is the Andalucian province with most cases of this kind, and beaten only by and in the rest of .

still remains well behind other parts of Europe, as in Nordic countries, for example, the average is more than 50 per cent of the total number of births, while in it is only 36 per cent.

In , 57 per cent of unmarried mothers are between 20 and 29 years old. Most of the pregnancies were unwanted.

Studies show that other young mothers, unable to become financially independent, decide to continue living with their parents and also have a child with their partners. 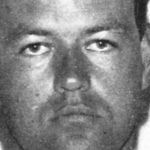