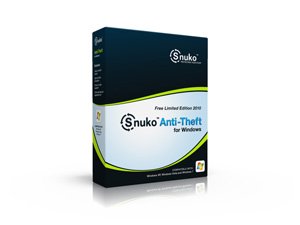 In a day and age where technology is advancing at a rapid rate and mobile devices are so prevalent, laptop theft and identity theft are on the rise. A revolutionary new piece of anti-theft software is set to end the misery of all those who either loose or have had their laptop or netbook nabbed by thieves.

The new anti-theft software can locate and lock the stolen device stopping the thief in his tracks. Pictures are also silently taken of the offender which will assist the police in making an arrest and prosecution.

The software also has the ability to protect and secure the laptop’s most important files and data on to a remote backup server, where it can be retrieved by the owner.

Did you know that there are 3000 laptops stolen per week in European airports alone! Every 43 seconds a laptop is reported stolen and 97% of them are never recovered.

Computer theft is now the second highest insurance claim after cars and computer theft rose by a staggering 28% last year.

Imagine you have your laptop stolen, or you leave it behind in a taxi or on a train, the results could be catastrophic, not only in the fact that it will probably end up in the wrong hands but also the cost of replacing the device and also the information contained on it such as work documents, photo’s, music… the list goes on and the cost of replacing this data can be thousands, even tens of thousands of euros.

You can download a free trial of the software here! It is a totally free trial so there’s no better way of getting your laptop secured against the ever increasing menace of computer and identity theft.