These changes correspond to analyses and diagnoses carried between 2008 and 2017, centring on eight action plans for prevention and seven more regarding infrastructure.
“Prevention is fundamental for protecting our national parks,” Diego Martin, Forest Fire Prevention director general, said.

“Thanks to the plan we are aware of the Sierra Helada’s specific situation and fire-prevention infrastructure and can create a unanimous plan, incorporating contributions from park officials,” Martin explained.

Plans for the Sierra Helada, which lies inside the Altea and Benidorm boundaries, will be in force for the next 10 years, spending €563,179 on adapting fire prevention inside the park to its population, terrain, vegetation and the most common causes of fire there.

The revised plan includes information and advice for the residents of nearby urbanisations, encouragement to carry out Local Fire Prevention Plans and a review of municipalities’ individual schedules for bonfires.

The plan stresses the importance of improving access, listing the locations where water is available while highlighting the importance of recovering and maintaining the national park’s plots of agricultural land and producing an Evacuation Plan for emergencies. 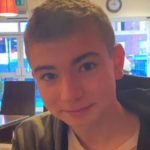 “May God forgive the Irish State, for I never will” blasts Sinead O’Connor

Top News
Sinead O’Connor has announced she has formally identified the body of her 17-year-old son, Shane, and has blasted the Irish authorities over their alleged... 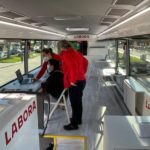 Costa Blanca South
PILAR DE LA HORADADA was the first municipality in Alicante province to receive a visit from the Labora bus.Labora is the Valencian Community’s official...