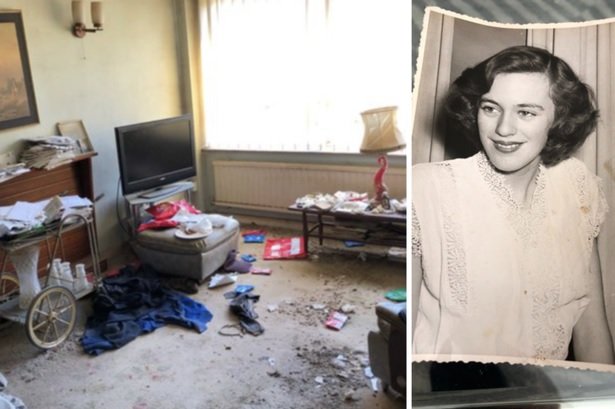 A London recluse who died alone and who was found a week later in her flat, left a fortune of £400,000. The 80 year-old lady is believed to have been living in squalid conditions in a dilapidated flat.

Jacqueline Davidson, who died in her Ilford home back in 2019, died intestate with no friends or relatives to organise her funeral or to deal with her estate. That money will now go to six cousins who have inherited the small fortune after being told of a “mystery long-lost relative”.

Born in 1939, Ms Davidson worked as an estate agent before retiring.

An investigation into her affairs by authorities found that she had £200,000 in an untouched bank account, putting the total value of her estate at around £400,000 including the value of her flat. Despite her wealth she lived in appalling conditions.

Finders International were contracted by Redbridge to trace her heirs to estates and any living relatives who would be entitled to her estate.

Founder and CEO of Finders International Danny Curran said in the process of finding relatives “we to get a feel for the person who has died and how they lived.” He said: “On this occasion, it was quite shocking and incredibly sad to see how she lived.”

He continued saying neighbours knew very little about her saying she kept to herself.

Ms Davidson was an only child but her father was one of four boys and her mother had three sisters and one brother.

She is survived by two cousins on her maternal side and four on her paternal side, who will now inherit their fair share of her estate.

One of the beneficiaries, Ashley Davidson, 76, told the Daily Telegraph he had not seen his cousin for more than 50 years and found the surprise windfall both “shocking” and “sad.” His father was the brother of Jacqueline’s father, who died at the age of 38, and the two families lost touch after Jacqueline’s mother remarried.

Visiting his long-lost cousin’s flat after her death, Mr Davidson said he was saddened by the terrible state it was in. He and his family then took over Ms Davidson’s funeral arrangements, and she was buried at a nearby cemetery.

Mr Curran said: “When people die without leaving a Will or who appear to have no known next of kin, the Crown can inherit the estate, although this will not happen for many years. As in this case where a recluse died alone and left a fortune, efforts will always be made by the authoritis to track down possible relatives.