The most powerful passports in the world have been revealed for 2022.

The most powerful passports have been revealed for 2022 and Japan and Singapore are in the top slot. Singaporean and Japanese travellers can head to a staggering 192 countries without needing a visa. The joint second spot has been taken by South Korea and Germany while Afghanistan is at the bottom of the list.

Joint third place has been awarded to Spain, Finland, Italy and Luxembourg.

US and UK passports have come in at a joint sixth place. Citizens can travel to 186 countries without a Visa. Both countries have gained in the ranking after in 2020 they were in eighth place.

The ranking has been compiled from data provided by the International Air Transport Association (IATA) and is produced by the Henley Passport Index.

According to the organisation: “This deepening divide in international mobility between wealthier countries and poorer ones was brought into sharp focus late last year with the arrival of the highly infectious Omicron variant, which was met with a raft of punitive restrictions against mainly African nations that UN Secretary-General Antonio Guterres described as akin to “travel apartheid”.

“According to historical data from the Henley Passport Index, an individual could, on average, visit 57 countries in 2006 without needing to acquire a visa in advance.

“Today, that number has risen to 107, but this overall increase masks a growing disparity between countries in the global north and those in the global south, with nationals from countries such as Sweden and the US able to visit more than 180 destinations visa-free, while passport holders from Angola, Cameroon, and Laos are able to enter only about 50.”

The passport index concept was created by Dr Christian H Kaelin. Dr Kaelin believes that post-pandemic recovery will rely on opening up migration channels. He commented: “Passports and visas are among the most important instruments impacting social inequality worldwide as they determine opportunities for global mobility.

“The borders within which we happen to be born, and the documents we are entitled to hold, are no less arbitrary than our skin colour.”

He went on to add: “Wealthier states need to encourage positive inward migration to help redistribute and rebalance human and material resources worldwide, including improving the size and quality of their own workforces.” 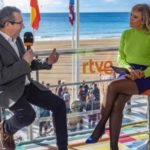 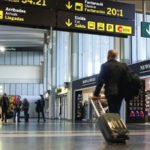