The new EU Intelligent Speed Assist (ISA) technology could be on new cars in the UK within months.

The new EU Intelligent Speed Assist (ISA) technology could be on new cars in the UK, manufactured from July 6, in a change to the driving law.

The change comes after the European Commission agreed to have the technology in all cars in Europe.

The majority of EU driving laws have already been transferred and the production of cars is mostly similar for easier manufacturing.

The technology works by using GPS data and traffic cameras to regulate the speed limit of roads.

The European Transport Safety Council (ETSC) had wanted a system that cuts a car’s engine power when the legal speed limit has been reached, however, due to industry pressure, the system will instead play audio that warns the driver a few moments after the car has exceeded the speed limit.

The ETSC warns that there is no research for the new technology and thinks it will be “much less effective” than the other system.

ETSC research also suggests the warning could annoy drivers and most likely be turned off which will have “no safety benefit.”

Last year, he said: “More than 20 years after this technology was first trialled, it is great to see Intelligent Speed Assistance finally coming to all new vehicles in the EU.”

“It is a big step forward for road safety.”

“However, we are disappointed that carmakers are being given the option to install an unproven system that may have little safety benefit.”

“We sincerely hope that carmakers will go beyond the minimum specifications and take full advantage of the life-saving potential of speed assistance technology.”

However, lots of experts have warned of the possible dangers of the new technology, with motoring lawyer Nick Freeman saying it may cause motorists to lose concentration if the speed limiter is installed in their vehicles.

He recently told Express.co.uk: “You don’t want your brain to become dormant as that’s very dangerous when you’re driving.”

“It becomes dormant and lethargy sets in and you then become complacent, as sure as night follows day you’re going to have an accident.”

Peter Golding, Managing Director at FleetCheck, has also warned that there will be “no leeway” for drivers under the system.

He said: “Our view is that the introduction of ISA technology is a moment that employers should be seizing as an opportunity to make clear that there is no corporate leeway when it comes to speeding and the dangers it represents.” 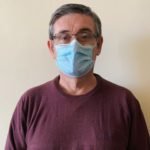