London Victoria services have been suspended by Southern Railway


Rail services in Britain are coming under increased pressure to keep trains running as cases of the Omicron strain spread. Today, Thursday, December 30, due to “coronavirus isolation, and sickness”, Southern Railway announced that until January 10, no trains will run either to, or from, London Victoria.

With staff staying home to isolate, and threatened industrial action, rail travel is really feeling the pinch. Victoria is connected to Portsmouth, Eastbourne, and Brighton, and is one of the busiest train lines in the country.

Today’s decision by Southern will also mean a cut of services to Battersea Park, Wandsworth Common, and Clapham Junction. Most trains due to arrive at London Victoria had already been diverted to run to and from London Bridge since December 27.

This is because of planned re-signalling work that is underway at the terminal, until January 3. The work had been carried out at this time of year when demand is not as high as normal. Commuters will suffer in the first working week of the new year though as a result.

A strike by members of the Rail, Maritime, and Transport (RMT) union on New Year’s Eve has led to CrossCountry to urge passengers not to travel. They informed them of there being only “a very limited timetable”. The cause of the industrial action is a dispute between senior conductors and train managers over the role of guards.

A shortage of staff, including controllers, engineers, guards, and drivers has forced SWR to inform its passengers that its routes were “subject to short-notice cancellations”. From January 17, in an effort to improve its reliability, the company plans to introduce a reduced timetable.

“Our staff are working in difficult circumstances and, like everyone else, they are susceptible to the virus”, said a spokesman for Rail Delivery Group, the industry body. “As they demonstrated last year in the height of the pandemic, our people are dedicated to keeping the country moving, so that other key workers can get to where they need to be”.

Adding, “We may not be able to run every train we had planned, and there might be changes to some services. We would advise anyone travelling to check online before they set out on their journey, or to sign up for automatic alerts from National Rail Alert Me”, as reported by news.sky.com. 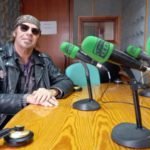 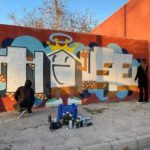