GENERALITAT vice-president and spokeswoman, Monica Oltra, declared that she was proud of the Valencian Community’s response to the Covid vaccine.

Speaking to the media following the last plenary meeting of the Consell, the Generalitat’s Cabinet, Oltra said that she was satisfied with what had been achieved during the pandemic.

She was also hopeful, Oltra said: “We have a vaccine to put an end to the pandemic and here in the Valencian Community we have a ‘social vaccine’ and can be proud of a population that walks together, leaving nobody behind.”

Summing up the period between the March 2020 State of Alarm and December 2021, Oltra expressed satisfaction with the regional population’s response both to vaccination and the health and safety procedures that have had to be taken during the pandemic.

She also drew attention to the Generalitat’s measures introduced to offset the crisis: “Since March 2020 it has pushed through funding worth €1.623 billion,” she said.

The vice-president also referred to the “social vaccine” and the concept of how the regional government hoped to emerge from the pandemic in a manner “totally different” from the crisis of 2008 with its spending cuts, inequality and “selfish corruption.” 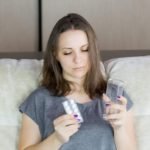 World News
New research has shown that more and more people around the world are suffering from autoimmune diseases because their immune systems can no longer... 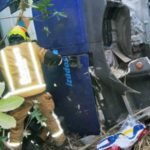