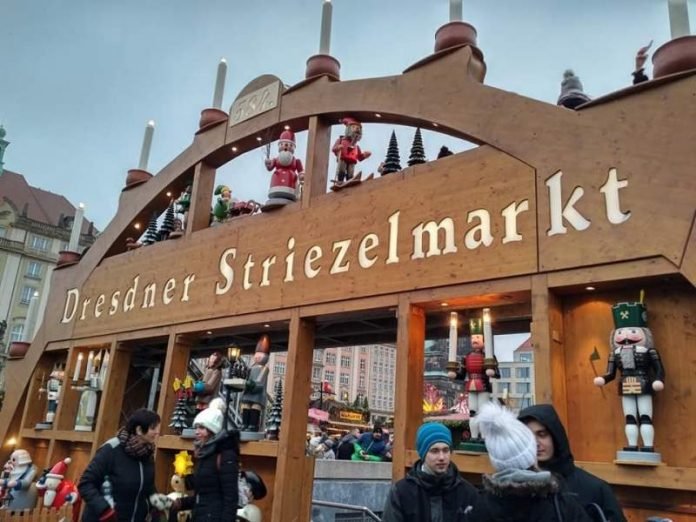 Think Christmas markets and immediately you are whisked away by the festive atmosphere, the smell of food and gluwhein, the sight of that special gift and of course friends and family. But where did Christmas markets come from and just how did they start, let alone become the big business they are today. Do you know the origin of Christmas markets?

Earlier markets of the season were considered “December markets, basically normal street markets that were held during the festive season. These early mentions can be found in Vienna (1298), Munich (1310), Bautzen (1384), Frankfurt (1393) and Milan.

The Spirit of Christmas markets

Originally called a Christkindlmarkt, which literally means Christ Child that theme lives on in the child dressed in white and gold robe that is often on display at these markets. Today it is accepted that the name refers more to the spirit of Christmas as theses were street markets that only operated during the Advent. That tradition is still largely followed in the German speaking countries with markets opening usually on the first weekend in December and closing the weekend before Christmas or on Christmas Eve.

That spirit can be found in all German speaking parts of Europe and in many parts of the former Holy Roman Empire, becoming popular during the Reformation.

A Christmas market is different

Christmas markets have changed over time moving away from the early form where the ingredients for the Christmas meal were sold to what is today a major social occasion, well certainly in the Germanic countries. These traditional markets focus on the experience of Christmas providing seasonal food and drink, handmade gifts and of course traditional entertainment. Markets in this part of the world are for those visit them, less about what is commercially available and more about the occasion – a time for romance, friends and family.

Christmas markets have spread across the world and have become a major attraction as far afield as the United States and South Africa, but none have quite managed to retain that traditional nature.

The original markets had a fairly strong religious attachment with the attractions often based around nativity scenes or troubadours and similar performers. However today many markets have moved on becoming more commercial and offering a wider variety of attractions including Santa Grotto’s for the kids, ice rinks and fairgrounds. This is particularly true for those that do not have the heritage and have been free to develop their markets as they see fit. Unfortunately that has also meant the sale of goods available in your average shop.

In the more traditional markets, it is custom to sell handmade goods usually made from natural materials like wood and material. These are usually made for the market by craftsmen and women rather than in factories and aren’t available elsewhere. These are often used to make the attractions such as the nativity scenes.

Ice rinks are also common in all of the colder climates.

Christmas shopping has been popular since the 17th century and there are many stories of churches having to change the times of their services so as not to clash with people shopping. The church is not the origin of Christmas markets alhtough they were traditional held close to the church and in many countries this is still the case, and as it was then shopping is usually more attractive than church going.

Eat, drink and be merry

Most countries in Europe have traditional fare that is only available around Christmas and which is eaten or drunk as part of social occasions. In the Germanic countries tradition is to meet over a Gluwhein and a sausage, a hot chocolate laced with alcohol with almond based fruit cakes like stolen, candied breads or fresh fruit sticks rolled in chocolate.

In Eastern Europe and the Mediterranean countries the fair tends to vary with special biscuits and sweets on offer. Again hot chocolate that is laced with something stronger is popular as are liqueurs, whilst in the warmer grape growing areas special wines are the norm.

Elsewhere in the USA eggnog is a favourite and is punch, alcoholic or not, and is often accompanied with cookies and gingerbread. For the warmer climates in the southern hemisphere it’s more a case of business as usual – a BBQ and something cold.

Today some Markets are still watched over by a Christkind… This beautiful Angel oversees and is the emissary for the Market. And you will often see St. Nikolaus greeting children and other visitors. 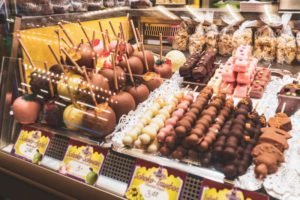 A final word on Christmas markets


No matter where you are and who you will spend your Christmas with, take the time to visit a market near you. You may not have known the origin of Christmas markets, and they may not all be as wonderful as those traditional markets in the north of Europe, but enjoy what you have and spare a thought for those who might never experience a market or a traditional Christmas. Have a wonderful Christmas and keep you and your family safe and well.