English cricket legend, Ray Illingworth, the former captain of England and Yorkshire, has passed away today, December 25, at the age of 89. has died at the age of 89. The news was confirmed by Yorkshire cricket officials at Headingley.

“We are deeply saddened to learn that Ray Illingworth has passed away. Our thoughts are with Ray’s family and the wider Yorkshire family who held Ray so dear to their hearts”, they said in a statement.

Illingworth had been suffering from esophageal cancer, and was undergoing radiotherapy.

Under his captaincy, England won the 1970-71 Ashes series in Australia. Geoff Boycott and John Edrich totally destroyed the Australian bowlers, as they scored 657 and 648 runs respectively.

These Ashes heralded in a new era of top English cricketers like Bob Willis, Brian Luckhurst, Ken Shuttleworth, and Peter Lever, who all made their debuts in this series. This was also the first time that seven matches were played in a Test series, normally they were five.

A driving force behind his county, Illingworth was an integral part of the dominant Yorkshire side that in nine seasons, clinched seven county Championship titles, between 1959 and 1968. This was surely one of Yorkshire cricket’s finest eras.

After retiring, the Yorkshireman eventually became chairman between 1993 and 1996 of the English board of selectors. He was also England’s head coach in the 1995-96 season. 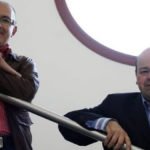 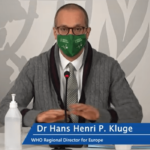