The town hall’s Navidades Magicas (Magical Christmas) programme included switching on the lights which, as Festivities councillor Amparo Garcia revealed, drew hundreds of people to the Plaza Mayor where they enjoyed a pyro-musical spectacle with fireworks, music, confetti and artificial snow.

“The same show was put on days later in Almeria City, underlining the importance that we have attached to the Christmas illuminations and decorations this year,” Garcia said.

The same day saw the inauguration of the Christmas market and a spectacular Nativity Scene with more than 300 figures covering 50 square metres inside the Convento de la Victoria.

The first edition of Vera’s  Comer por Navidad (Eat at Christmas) gastronomic fair, the next event in the Navidades Magicas programme, will be held between December 15 and 22 in the Plaza de Abastos, showcasing the province’s best food products. 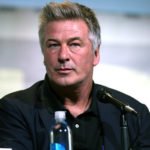 World News
Alec Baldwin has hit out at new claims that he is not complying with the police investigation into the fatal Rust shooting of Halyna...