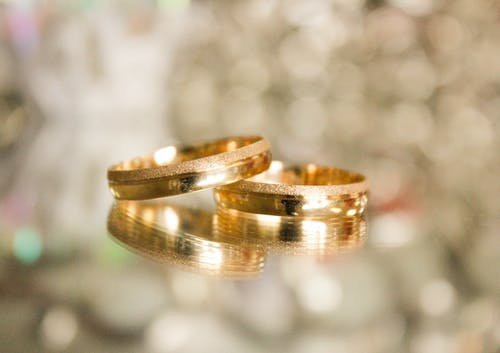 Local woman reunited with lost wedding ring 50 years later that shook off a glove in a potato patch. Local metal detectorist on Western Isles ‘flabbergasted’ to find it, later reunited it with its rightful owner.

“It was a wee bit emotional,” says Donald MacPhee, reflecting on how he reunited a woman with the lost wedding ring.

Peggy MacSween, now 86, believed she had lost the eternal golden band forever after it slipped off her finger while she gathered potatoes at her home on Benbecula in the Outer Hebrides.

But after learning about the lost wedding ring during a neighbourly chat, fellow islander and single-minded metal detectorist MacPhee turned it into his challenge to recover the treasure.

He spent three days searching with his metal detector over Liniclate Machair, it is nos a sandy coastal meadow. But 50 years ago Peggy’s lost wedding ring came to lie under the potato patch that once lay there. His lucky machine found him many ring pulls in the search giving endless false hopes.

MacPhee, who runs Benbecula’s Nunton House hostel, explained: “For three days I searched and dug 90 holes. The trouble is gold rings make the same sound on the detector as ring pulls and I got a lot of those – as well as many other things such as horseshoes and cans. “But on the third day, I found the lost wedding ring. I was absolutely flabbergasted. I had searched an area of 5,000 sq metres. It was a one in a 100,000 chance and certainly my best find. It was a fluke. There was technique involved, but I just got lucky.”

After dislodging it from the turf, MacPhee brought the ring straight to its owner. “It was in immaculate condition. She put it on her finger and it still fitted perfectly.”

Taking up the story, MacSween said: “He just came to the door and said: ‘I have something to show you.’ It was the lost wedding ring. I couldn’t believe it, but there it was. I thought I would never see it again.”

She said of losing it: “I was shaking the sand out of my gloves and the ring disappeared. I didn’t know until I got home. I went out once or twice to look for it, but there was no way of finding it.”

Her husband, John, whom she married in July 1958 and died a few years ago, bought her a replacement while they were on holiday.

MacPhee said he had started metal detecting seven years ago after watching YouTube videos. “That got me interested and this is for many reasons my best find,” he said.