There have been unconfirmed reports coming out of Iran that a huge explosion has occurred near the Natanz nuclear facility. This is located in Iran’s Badroud region.

No clear information has been confirmed, but there have been reports of bright lights in the sky, and an unidentified drone being shot down shortly after the blast happened.

Fararunews, and other Iranian websites have said,  “Local sources have reported hearing a large explosion in the Natanz sky. No official source has yet confirmed or denied the report”.

Similarly, the semi-official Fars news agency has quoted Badrud’s local governor as saying, “No exact details are available about this”, but they went on to add that one of Iran’s own missiles was responsible for the explosion.

This was the result, they claimed, of a drill being conducted to test the country’s air defense systems response times to any attack. Iran Press TV backed up this claim.

Talks are currently taking place in Vienna, between world powers and Iran, about a return to the JCPOA nuclear deal. This is an agreement on the Iranian nuclear program that was previously reached on July 14, 2015, also in Vienna.

An ‘immediate cessation’ of these talks has been called for by Naftali Bennett, the current Israeli Prime Minister, who is deeply opposed to it. Bennett has gone so far as to accuse Iran of ‘nuclear blackmail’, as reported by dailymail.co.uk.

This is a breaking news story, we will try to keep you updated as more information becomes available, thank you. 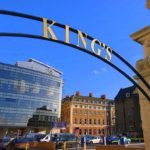