Off-duty police officer stabbed in Paris. The officer was seriously injured in the attack.

According to the French Minister of the Interior, Gérald Darmanin, an off-duty police officer was stabbed in Paris on Sunday, November 28. An investigation has been launched to discover exactly what happened.

Darmanin took to Twitter and commented: “All means have been deployed to find the perpetrators of this unbearable act.”

Reportedly the police officer drew his weapon during the attack. According to police sources speaking to BFM TV, the officer did not fire his weapon even though it was drawn.

At the moment it is not entirely clear whether the off-duty police officer was stabbed more than once in the stomach. The off-duty officer is said to have been seriously injured. He was rushed hospital to receive treatment for his injuries.

UK
A transplant surgeon who burned his initials onto patients’ livers has been struck off the medical register.Consultant surgeon Simon Bramhall had used an argon...

WATCH: Hundreds of Boris Johnson lookalikes chant “this is a work event” outside No 10

Top News
Hundreds of Boris Johnson lookalikes gathered outside Downing Street chanting “this is a work event.”Amid claims that No 10 partied while the UK was in... 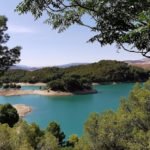