A nurse of the Regional University Hospital of Malaga saved a man in his 60s using a municipal defibrillator on the street.

Yesterday, November 24, a nurse of the Regional University Hospital of Malaga saved the life of a 66-year-old man who was suffering a heart attack on a public road.

Nurse Esther Diaz used a municipal defibrillator that was installed less than 20 metres away, without which, according to her, she would not have been able to revive him.

The events took place around 9:30am on Avenida de Andalucia.

Diaz was out of her working hours and was about to have breakfast in a cafeteria when she found a man lying on the street in serious condition.

She started to assist him while another citizen contacted 061.

The health care provider explained to Malaga Hoy: “The patient was in a lateral security position, he was pulsing and breathing but had lost consciousness,” realising that he was beginning to go into a cyanotic state and that his breathing was beginning to fail.

“I started doing cardiac massage because I knew that at any moment I could be short of breath,” she said.

Another citizen approached Diaz with a defibrillator that was installed on the road and thanks to this device the man began to regain consciousness.

“If it were not for the AED (automated external defibrillator), I would not have been able to save him,” said the nurse, who emphasises the need to install these devices “everywhere.”

The emergency services attended the scene, intubated the casualty, defibrillated him again and finally managed to stabilise him.

Later, the nurse received a call informing her that the man had suffered a heart attack, but that everything was in order thanks to her quick intervention. 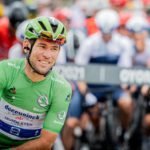 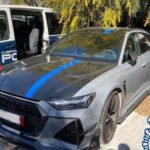