THE Euro Weekly News has been keeping the expat community in Spain informed of local and national news, and events with its many newspaper editions since it was founded 22 years ago.

The best expat newspaper in Spain, the Euro Weekly News has won numerous awards for its reporting, including for Best Free Newspaper of the Year.

Published every Thursday, the free newspaper is the most read English-language newspaper in Spain.

About the Euro Weekly News

Its newspapers, published every Thursday, cover everything from local news to Spanish national news, international affairs, local events, entertainment news, and the views of its famous columnists, from Leapy Lee to David Worboys.

Known for the quantity of stories published each week, with around 150 articles in each edition, more than twice the number of articles published by its nearest competitors, the Euro Weekly News is read by around 500,000 people a week.

The newspapers are also placed online at the EWN website every Thursday as e-editions for those who prefer to read their news on the web.

Due to its coverage of everything from local to international news, the Euro Weekly News is also read beyond the British community in Spain, and is also widely circulated among French, Germans, Swedish, Norwegians, and other nationalities living in Spain.

With offices across Spain, the Euro Weekly News´ headquarter is in Fuengirola, where its large team of writers, designers, and production workers ensure that the newspaper is written, printed and distributed each week.

Their teams of multilingual sales staff also personally serve discerning clients from the Costa Blanca down to Gibraltar, as well as inland and additionally in Mallorca.

The Euro Weekly News has also collaborated with many major news networks around the world including the BBC in the UK and CTV in Canada. When an overseas news channel wants an up close account of events in Spain, they reach out to the Euro Weekly News.

In addition to the newspaper editions, the Euro Weekly News also has a very successful website, publishing the latest breaking news from around the world, as well as the local news that the expat community want to know about.

Its website also offers celebrity news, the views of its columnists, and articles on everything from homes and gardens to travel.

Because stories are constantly uploaded throughout each day, with www.euroweeklynews.com updated with breaking news 24/7/365, online followers are attracted and frequently return several times daily.

Attracting 1.5 million unique visitors a month, the website is widely read throughout both Spain and the UK, as well as the rest of the world.

Its large number of readers also gives the Euro Weekly News a successful Facebook page, with 80,000 followers, as well as a large online presence on Instagram and Twitter.

Its work on reporting and covering local and national news has seen the Euro Weekly News win multiple awards, including including Best Free Newspaper of the Year (Premios AEEPP), Company of the Year (Costa del Sol Business Awards) and Collaboration with Foreigners honors (Mijas Council).

Work in the community

As sponsors of the Marbella International Film Festival to raise the profile of the Costa del Sol, the EWN also supports numerous charities working with the community and is a member of the British Chamber of Commerce in Spain, helping to further the causes of local businesses.

Over the years, the EWN has had many successes, with its best bits including its award as Best Free Newspaper of the Year, the opening of its new headquarters in Fuengirola, and the newspaper´s 20th anniversary. 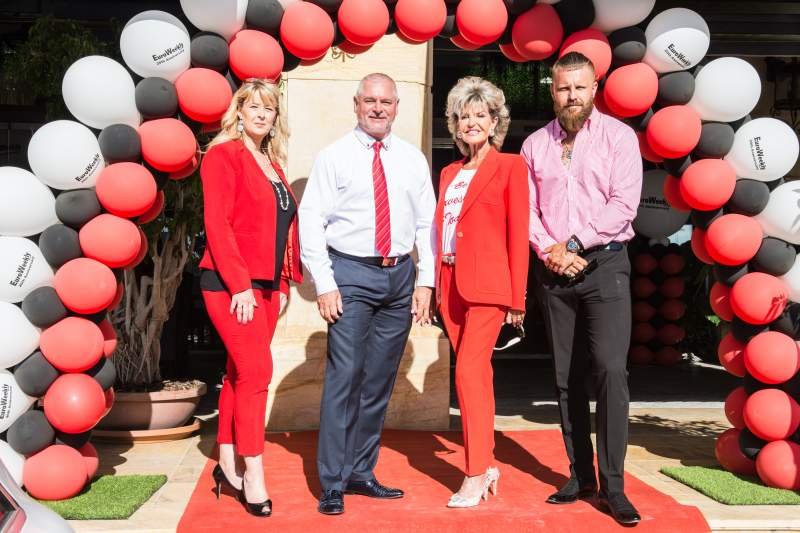 Whether you are interested in joining the EWN´s newsletter or advertising with its papers, you can get in contact with the Euro Weekly News at Avenida Ramon y Cajal 54, Edificio River Playa, Local 2, 29640 Fuengirola, Malaga, Spain.