A 12-year-old boy has died this morning, Monday, November 22, in Malaga’s Maternal and Child Hospital. He had been admitted to the Intensive Care Unit (ICU) last Wednesday 17, in a critical condition, with signs of having been suffocated.

Sources of malagahoy.es have confirmed this tragic news. 112 Emergencies Andalucia received a call at around 6.30pm last Wednesday 17, informing them of a child in urgent need of medical assistance after showing signs of suffocation. Indications were that he had somehow been choked with a chain.

Emergency services were mobilised to in a house located in the Teatinos neighborhood of the capital. 112 immediately deployed the 061 ambulance service, with medics, along with patrols from the National Police force.

On arrival, medics did their best to stabilise the boy before transferring him to the Maternal Hospital in what medical sources described as a critical condition. The National Police have opened an investigation to try and determine the circumstances surrounding the young boy’s death.

They have reportedly established that no third party was involved, and that somehow the boy had become accidentally entangled in the chain that eventually stopped him breathing. Investigators apparently found no signs of criminality at the scene of the incident.

An autopsy will be carried out tomorrow, Tuesday 23, at the Institute of Legal Medicine (IML) in Malaga province, which will help to clarify exactly what happened. 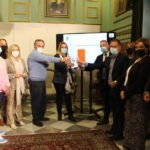