VETERAN Cuban singer songwriter Pablo Milanés to play in San Roque on January 22 as part of his nationwide Days of Light tour following a successful tour of the USA.

Pablo Milanés was born in Bayamo, Cuba in 1946 and won his first music contest aged just six and went on to become a popular local performer although he was arrested and sent to a labour camp following the revolution on the island.

After escaping and being pardoned, in 1969, he became part of the Grupo de Experimentación Sonora, a seminal group of young musicians, many of whom became founding members of the nueva trova movement which featured politicised folk music.

In 2004 he moved with his family to Spain, settling in Vigo and has released some 50 albums, gathering a large following from the Spanish speaking world.

Tickets for this intimate concert which mixes new compositions with older material will be held at the Juan Luis Galiardo Theatre and are already on sale at www.tickentradas.com with prices from €19 to €25 plus booking fee.

Thank you for reading ‘Veteran Cuban singer songwriter Pablo Milanés to play in San Roque’ and remember that all articles produced by Euro Weekly News may be accessed free of charge. 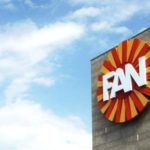 Getting vaccinated is now easier

Mallorca
Good news for residents in the Palma area is that getting vaccinated is now easier, with the Vacubus returning to the Fan Mallora...