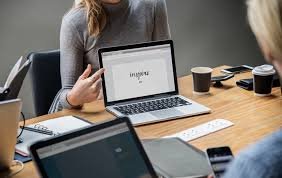 According to the General Workers Union (UGT), Spanish women work 43 days for free between now and Christmas, effectively because of the wage gap that still exists in Spain. The union which has re-launched its awareness campaign #YoTrabajoGratis says that the average woman earns 11.9% less than her male counterpart. Put differently that’s 43 days less pay a year.

The union are keen for the European Union (EU) to adopt a directive on wage transparency and to force countries like Spain to comply with the Remuneration Registry and Salary Audit law. This they see as the only way that the disparity in wages will be overcome

Spain is below the average wage gap according to the latest data from Eurostat, with the European average 51 days. The situation in Spain is improving albeit slowly with the gap down 1.5% on 2019, however there is still a long way to go in competing with countries like Luxembourg, where woman work free for five days and in Romania 12 days.

The EU needs to act

Although the European Commission marked November 10 as a symbolic day to raise awareness about the fact that female workers in Europe continue to earn on average less than their male colleagues, concrete action has yet to be taken.

The union has said that “the EU now has the opportunity to close the gender pay gap, adopting a Directive on wage transparency that empowers female workers to reassess the value of their work, now undervalued; and promoting a directive on adequate minimum wages that raise minimum wages to a threshold of decency and remove obstacles to collective bargaining.”

According to the union there is an agreement in place, the Minimum Interprofessional Salary.  They do believe however, that is needs to be maintained, improved and enforced. Similarly companies need to comply with the Royal Decree on Remuneration Equality which requires employers to tell their workers the reasons for their wage discrimination and eliminate, correct and prevent them in the future through Equality Plans and Collective Agreements.

This the union believes will only be effective with greater action from the labour inspectorate and the only way to ensure Spanish woman don’t work for free.