National emergency in Germany as the country faces a new wave of coronavirus. With more than 50,000 new infections every day for several days– is what has prompted the acting Federal Health Minister Jens Spahn to say this today November 19.

Spahn acknowledged that “refresher vaccinations and immunisation of those who have so far resisted the jab will not be enough to stop the fourth wave of the pandemic”.

“The whole of Germany is one huge outbreak,” Lothar Wieler, president of the Robert Koch Institute (RKI), told a joint press conference, commenting that closing the remaining gaps between the unvaccinated and enforcing restrictions that exclude those who have already been immunised is not enough. Spahn said that “only by reducing personal contacts can the spread of the virus be tackled and acknowledged that we are in a situation where nothing can be excluded, including the possibility of ordering the confinement of those who remain unvaccinated”. This follows Austria’s decision earlier this week to confine those who are unvaccinated against the virus.

Patients being sent to different regions

The German health minister pointed out that, “given the shortage of intensive care beds, patients are already being transferred between hospitals in different regions and warned that in states such as Bavaria only 3% of the places in these special units are currently available”.

Spahn acknowledged that in isolated cases German patients have been transferred to foreign hospitals. Germany is in a national emergency. The conservative politician was hopeful about the relaunch of the vaccination campaign. In the meantime, 45,000 doctors’ surgeries are already taking part in the operation, compared to 20,000 in the summer, while the supply and administration of vaccine doses is steadily increasing. Last week there were 4 and this week there will be 6 million. However, he acknowledged that “we all expected to face a different winter than the one that is coming” when the campaign to immunise the population began, and he called again on those who are reluctant to get vaccinated to do so. Ninety per cent of covid-19 patients in German ICUs were not vaccinated causing Germany to announce a national emergency.

Wieler, for his part, called on the population to stay at home and avoid any personal contact that is not really necessary. This morning, The Bundesrat, approved the reform of the Infection Protection Act that was the green light by the Bundestag, the federal parliament. The law, which will come into force next week, provides for more powers for the federal states in the fight against the pandemic and a wide-ranging catalogue of measures to prevent the spread of the virus.

Vaccine or face a fine

The new rules include the obligation to come to work with a certificate of vaccination, the option of daily testing for possible infection for those who do not wish to be immunised. Working from home is expressly mentioned as an option to be prioritised by companies, which are also obliged to check whether their employees come to work vaccinated or face a fine. Workers who refuse to comply can be suspended from work or even sacked. In homes for the elderly and chronically ill, daily tests for staff and visitors will be mandatory. The same rules also apply to public transport in the event of epidemic outbreaks. 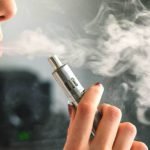 Spanish government to control sale and distribution of e-cigarettes

News
The Spanish government has taken the decision to control the sale and distribution of e-cigarettes, as there is currently no clear and effective system...