“It’s super-sad, even though I stress the importance of vaccination every day,” Sanchez declared.

“Today I was disappointed to learn that Almeria has the second-highest rejection rate in Andalucia,” she added.

The delegate pointed out that 24,031 Almeria residents who were called for vaccination had exercised their right to refuse the jab.

“This worries us,” Sanchez admitted.

She also lamented the lack of solidarity and empathy towards their families, friends and colleagues.

“This person could pass the virus to someone who, even though they are vaccinated, could still be seriously ill or even die if they have a weakened immune system,” Sanchez pointed out.

“This is no laughing matter.  Let’s take responsibility for this,” she declared.

“I’m not a doctor or a scientist but I do listen carefully to doctors and scientists, which is why this government is determined to encourage everyone to be vaccinated and to make it easy for them to do so.” 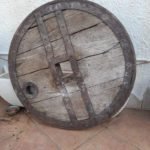