There will be NO beer shortage in Spain


There has been a lot of talk in recent weeks of shortages in different sectors, even of a shortage in spirits in the near future. This is due to transport and supply problems from other parts of Europe, especially from the UK.

But, one thing we are assured there will never be a shortage of is BEER. Jacobo Olalla, the general director of the Cerveceros de España explained about potential problems in an interview. He pointed out that contrary to the collapse of the international transport system, even if wines and spirits get into difficulties, beer will never have that shortage issue.

“In our case, there may be a temporary problem in a specific brand, but the big difference is that 90 per cent of the beer consumed in Spain is produced in the country”. According to data, exports of Spanish beers have not been affected either.

Mr. Olalla assured that there are no major setbacks with raw materials, despite their notable increase in price, explaining, “Excluding some hops, almost all the malted barley, corn and rice that we use are also produced in Spain”.

However, the employer’s manager stresses that the situation will not worsen if it is a temporary issue that is resolved in the short term, but could do so if it acquires a structural nature.

When asked about the recovery of the sector after the pandemic, the director of Cerveceros recognizes that there is “optimism”. He says that a noticeable improvement has already taken place compared to 2020, but that 2021 will close with numbers down on 2019.

“The last quarter of this year is going to be good, especially compared to a year ago, which was a horror. But they are not the strongest months for beer”, Olalla pointed out, alluding to the fact that beer is mainly a drink whose peak of sales occurs in summer, and with heat.

According to their figures, between January and September, 2021, beer sales in the hospitality industry were between 25 and 30 per cent below those before the pandemic, a sign that the recovery of bars and restaurants is not yet complete, as reported by malagahoy.es. 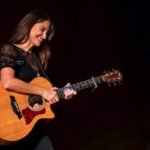