Tragedy as boxer dies after falling exhausted in the ring. The referee had not stopped the fight.

The boxing world has seen tragedy once again. On Monday a 24-year-old boxer died in Zimbabwe. Taurai Zimunya fell to the floor exhausted in the ring.

The young boxer was quickly taken to hospital. Medical staff attempted to revive him. He had suffered from heavy blows during the third round of the fight. Medics were unable to save the young boxer’s life.

It is expected that an investigation into the incident will be launched. Lawrence Zimbudzana is the secretary general of the Boxing Board of Control in Zimbabwe. He has not confirmed whether an investigation will take place yet though.

Zimbudzana commented: “For now we will focus on the burial and then we will sit down and see what problems there may have been.” 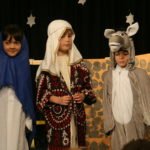