Prince Andrew will not be attending any of the Platinum Jubilee events next year due to his sexual abuse case.

According to reports, Prince Andrew, 61, will not be attending any of the Platinum Jubilee events next year as they could clash with his sexual abuse case in the US.

Andrew has been set a deadline for the civil case, which will take place in New York, and all depositions must be completed before July 14.

The Platinum Jubilee celebrations mark 70 years on the throne for the Queen and will take place in June 2022 meaning the events could clash with Andrew’s legal obligations.

If there is a clash, The Duke of York will be pulled from all events next summer and will not be joining his mother to watch the RAF flypast on the Buckingham Palace balcony.

An insider allegedly said that the plan is for Andrew “to be invisible during celebrations.”

Royal expert Nigel Cawthorne added: “It is an embarrassing situation for the Queen especially as she is stumping up for his defence. He just has to keep his head down.”

Prince Andrew insists that the accusations from Virginia Roberts Giuffre that he had sex with her when she was 17, and still considered a minor under US law, are untrue.

Ms Giuffre claims she was trafficked by deceased paedophile billionaire Jeffrey Epstein, who was a friend of Andrew’s.

Ms Giuffre filed a civil suit against the Duke for unspecified damages at a federal court in New York stating it was “past the time for him to be held to account.”

She is suing Andrew for sexual assault, including rape in the first degree, which allegedly happened in 2001. 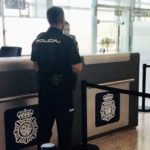