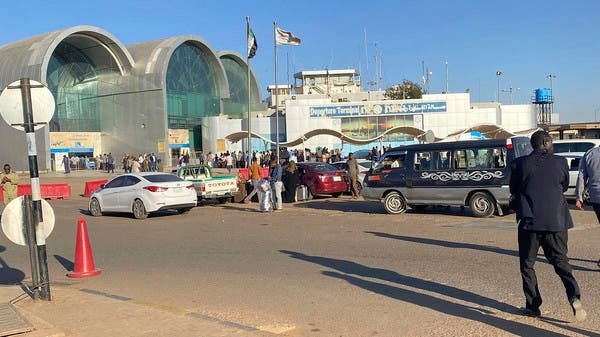 Khartoum International Airport will reopen today, Wednesday, October 27, at 1400 GMT, the head of Sudanese civil aviation told Reuters. The airport has been closed since Monday, October 25, following the ousting of Sudan’s government by the military.

Sudan’s armed forces chief defended the military’s seizure of power, saying he had ousted the government to avoid civil war, protesters soon took to the streets to demonstrate against the takeover.

On Tuesday evening, the SPA said it had reports of attacks by coup forces on protesters’ sites in the capital Khartoum and other cities saying they had fired shots and attempted to break through barricades.

Sudan had been ruled by the uneasy alliance between the military and civilian groups for a couple of years. However, on Monday, October 25, the military effectively took control, dissolving the power-sharing Sovereign Council and the transitional government, and temporarily detaining Prime Minister Abdalla Hamdok.
Sudan’s top general, Abdel Fattah al-Burhan, said that the agreement with civilian members of the country’s transitional sovereign council “became a conflict” over the past two years, “threatening peace and unity” in Sudan. Several articles of the constitution have been suspended and state governors removed.
Multiple government ministers and officials were detained on Monday, and later returned to their residence on Tuesday, according to a military source and the Sudan Prime Minister’s Office.