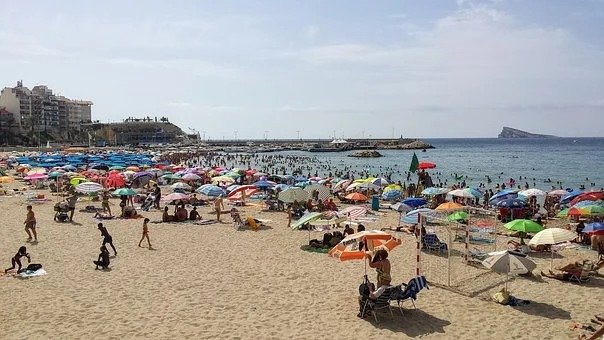 Brits in Spain who bought their Spanish homes before Brexit but do not want to become tax residents are facing issues. One expert claims that it is a “serious human rights infringement”.

The expert believes that the Prime Minister should ‘step up for British expats’.

Brits looking to move to Spain and other countries after Brexit came into force are facing difficulties.  New rules are in force and everything seems more complicated.

He stated: “This is a serious issue for those not wanting to become tax residents in Spain and who bought their properties before Brexit.

“There is, from my point of view, a serious human rights infringement on those cases, as no one must be deprived from their rights to enjoy their property freely.

“The 90 days Schengen limitation should be waived on those cases.

“It is quite worrying for those who owned property in Spain before 31st December 2020, and who have not yet got a residency permit.

“Their rights are being infringed by the Schengen limitations in accordance with the European Human Rights Convention (EHRC), which states that individuals have a legal right to ‘peacefully enjoy’ the possession of their home and deprivation of possessions by states should be subject to certain fair and equitable conditions.”

The expert added: “It is worth noting that in addition to the UK being a member of the Council of Europe, the ECHR applies to any foreign citizen in Spain.

“State rules preventing people from peacefully enjoying their property, independently of whether it is their main residence, are likely directly to violate that convention right.”

He has called on the UK government to help. Del Canto explained: “The UK Government should take the issue of the property owners’ human rights affected by Schengen to the Spanish Government.

“This is also a case in other EU jurisdictions.”

Robert Barnhardt is a property expert. He recently told The Express that some Brits are selling up in Spain due to Brexit.

Barnhardt commented: “A lot of retired British people are starting to sell up.

“They used to come down here in September or October and then stay until April/May for the six months of better weather.

“But now they can only come for 90 days and also a lot of them used to drive down.

“The Spanish are now getting pretty strict on foreign plated cars and mainly British cars.

“Down on the rural roads, where I live out in the sticks, a lot of people have been driving around in the same English cars.

“I mean I’ve certainly seen them for 10-15 years with the same vehicle. And now it’s against the law and they’re being impounded.”