In 2020, across the EU, young people left their parental household on average at the age of 26.4 years. However, this average varies among the different EU Member States, most Spanish women will not leave home until they are almost 30 and Spanish men will wait even longer before moving out. 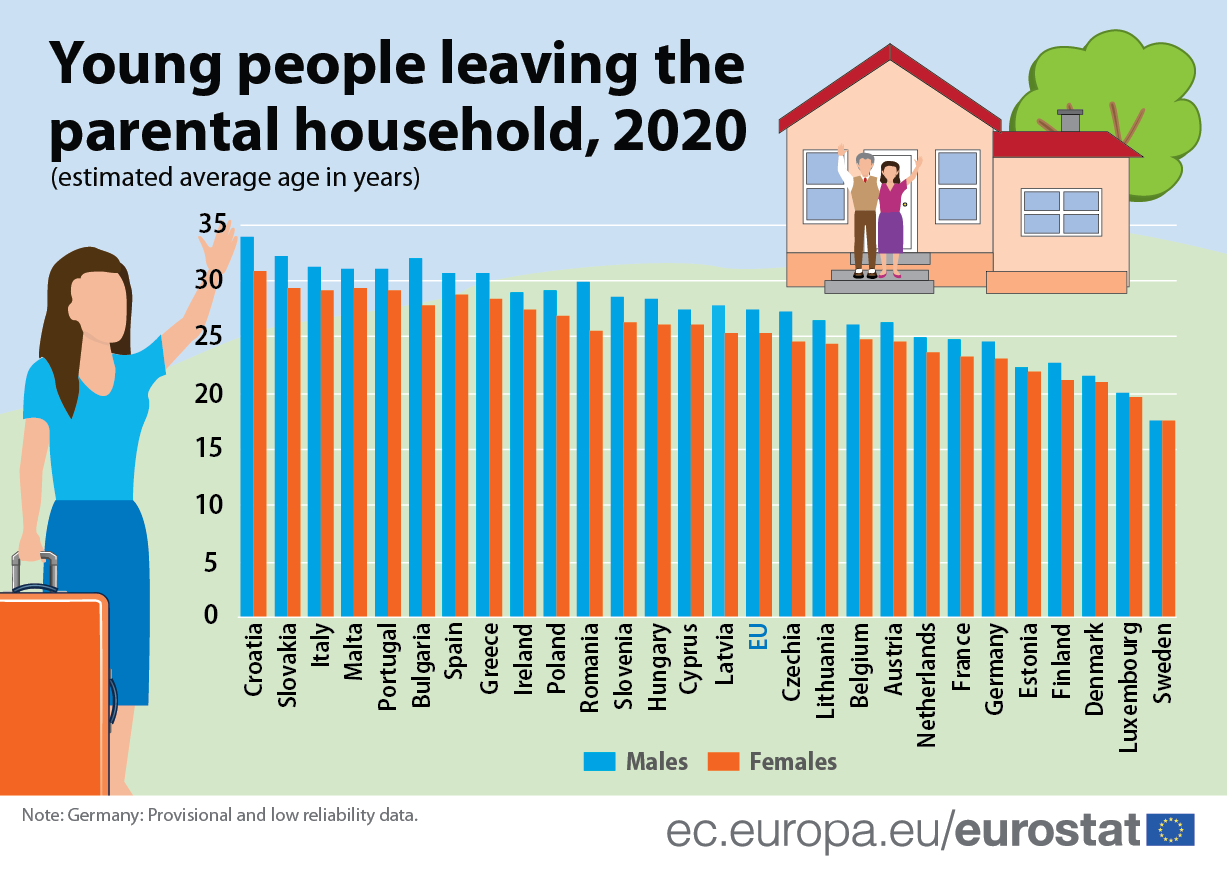 In most northern and western countries, young people left the parental home on average in their early to mid-twenties, while in southern and eastern countries the average age was in the late twenties or early thirties.

Men stay longer than women at the parental home

Sweden, Luxembourg and Estonia recorded the smallest gender gaps with 0.1, 0.4 and 0.5 years difference respectively between young males and females leaving the parental home.