FACEBOOK, Instagram and Snapchat most hacked social media accounts, with phishing messages being the most common tactic used by cyber criminals to lure unsuspecting victims.

The majority of reports (88 per cent) were made by individuals, with 12 per cent of reports being made by businesses.

Analysis of the crime reports revealed that Facebook, Instagram and Snapchat were the most affected social media accounts.

The motivation behind the hacks are varied and can range from financial gain, to revenge or personal amusement, said ActionFraud.

Some victims are extorted for money, whilst others have their accounts used to send malicious links to their contacts.

Superintendent Sanjay Andersen, Head of the City of London Police’s National Fraud Intelligence Bureau, said: “Criminals hack people’s email and social media accounts to access a wealth of valuable personal information about the individual, which they can use to commit fraud.

“This includes passwords for other accounts like online banking. Criminals also use compromised accounts to imitate the victim online and trick their family and friends into sending money.

“One of the most important things that you can do to improve the security of your online accounts is having two-factor authentication enabled.

“Not only will it prevent hackers accessing your accounts even if they have your password, but it will also keep your valuable information out of the hands of criminals.”

For tips on securing your email and social media accounts, visit ActionFraud’s website.

President of Hospitality on the warpath over smoking ban on terraces 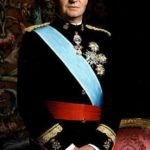 News
The former king of Spain, Juan Carlos I, is seeking royal immunity from the English courts following accusations of harassment and spying made by...