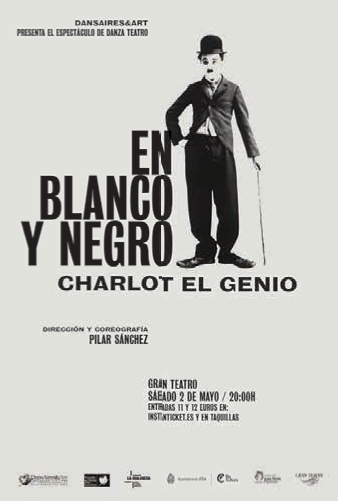 In Black and White: A Tribute to Charlie Chaplin Comes to Elche.

IN a show that promises music, dance, theatre and song, Elche’s Grand Theatre is ready to give a tribute show for Charlie Chaplin, with a 21st-century twist.

DanAires & Art will bring you a spectacular show, taking the audience on a journey through the life of the great Charlie Chaplin, who became a worldwide icon through his screen persona, The Tramp. He is considered one of the most important figures in the history of the film industry.

The show is set for June 6 and will run for 80 minutes – bringing the English comic actor, filmmaker, and composer, who rose to fame in the era of silent film – back to life.

Tickets cost between €11 and €12 and can be purchased via www.instanticket.es – just search En Blanco Y Negro.

Thank you for taking the time to read this news article “In Black and White: A Tribute to Charlie Chaplin Comes to Elche”. For more UK daily news, Spanish daily news and Global news stories, visit the Euro Weekly News home page.