The seller claimed that they had been in his parents’ home for many years, but he did not have any paperwork.

They have been transferred to the Archaeological and Ethnographic Museum of Granada.

The investigation began in October of last year when officers specialized in Historical Heritage located in an art gallery in Madrid two archaeological pieces – the top of a column and a glass container – that caught their attention due to their peculiarity.

After several inquiries, they discovered that the pieces had just arrived from Granada and were going to be transferred immediately to a buyer in Barcelona.

With this information, they contacted the General Department of Historical and Documentary Heritage of the Junta de Andalucia in order to obtain information about the origin of the pieces. The seller had not documents for their identification, description, location or valid purchase title.

The National Police seized them on the buyer’s premises in Barcelona and sent them to the museum in Granada. The operation is still open and steps are still being taken to determine who is responsible for the looting. 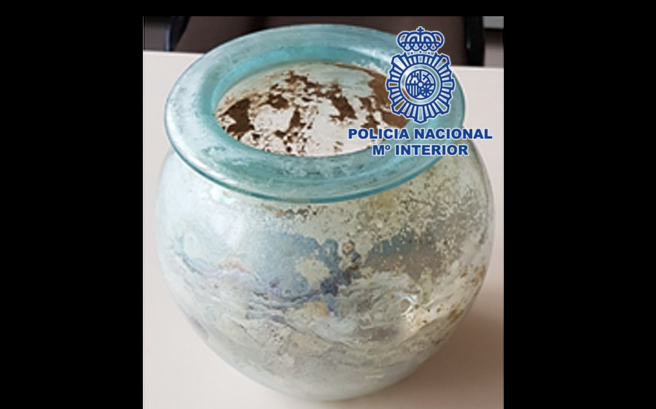