the art of publishing
More
Home News Piers Morgan’s Conduct ‘Being Reviewed’ By ITV After Furious Twitter Spat With...

PIERS MORGAN’S conduct is to be “discussed by ITV” following a recent Twitter spat with former Life Stories researcher Adeel Amini, according to sources. The Twitter row started after the former ITV employee revealed to his Twitter followers that he’d “very much say no” to working on the show again before going on to appear to accuse the ITV presenter, 55, of “bullying”. 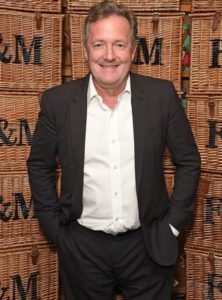 The Piers Morgan’s Life Stories crew member posted on his social media, encouraging followers to respond to his questions about working within the industry.


After spotting the tweet which didn’t tag him directly, the controversial Good Morning Britain presenter addressed the blow for his 7.7million followers to see. He wrote: “Hi Adeel, you spent precisely two months working on Life Stories in 2010 & judging by your CV that was the pinnacle of your TV career. So you really don’t need to worry about getting any more job offers from me because I’d rather employ a lobotomised Aardvark.”

Adeel added on his own page: ‘Jokes aside (+ my last note on the matter): call out bullying. Wherever you see it, whoever it’s from.  ‘Call out bullies. Call out systems/people that enable them. Call out people abusing their power.  ‘Call out those who co-opt “Be Kind” and target others. Your voice matters.’


Piers’ response came after the TV researcher asked his followers which freelance work they would turn down based on a company’s message or who was involved with the show.

Does Harry Hint He Quit UK Fearing Meghan Would Suffer Same Fate As His Mother?