the art of publishing
More
Home News Prince Harry Self-Isolating in Case He is Needed in the UK IF... 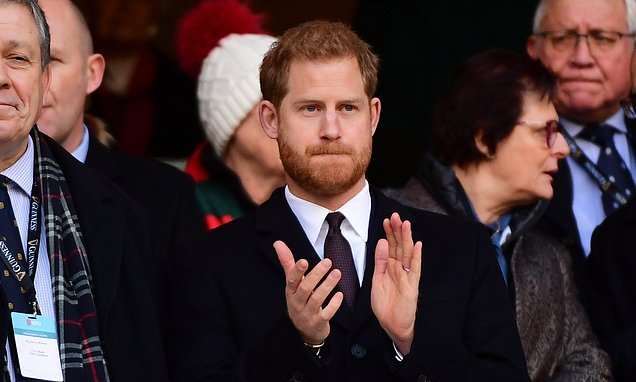 Prince Harry Self-Isolating in Case He is Needed in the UK IF Worst Happens to Prince Philip.

PRINCE HARRY has entered self-isolation at his California home so that he is able to fly to the UK as soon as possible IF the worst should happen to Prince Philip, as reported by the Mirror.

Prince Philip was taken to hospital after becoming unwell at Windsor Castle on Tuesday evening, February 16. He was admitted to King Edward VII Hospital in London. Royal sources described The Duke of Edinburgh’s hospitalisation as a “cautionary measure.”


A source told the Mirror that: “Harry is of course concerned for his grandfather’s welfare and is being kept regularly informed on his condition.

“He has chosen to stay in case he is required to return to the UK at short notice.”


It is unlikely that Harry’s wife, Meghan Markle, will travel with the Prince from their £11 million (€12.7 million) California mansion as the couple recently announced that they were expecting their second child.

A spokesperson for the couple confirmed on February 14 that Meghan Markle is expecting another child and is five months pregnant. The Duke and Duchess of Sussex’s exciting announcement came just months after 39-year-old Markle shocked the world when she revealed she had lost her second child.

A statement from the Palace regarding 99-year-old Prince Philips’ admission to hospital read: “His Royal Highness The Duke of Edinburgh was admitted to the King Edward VII Hospital in London, on Tuesday evening.

“The Duke’s admission is a precautionary measure, on the advice of His Royal Highness’s Doctor, after feeling unwell.

“The Duke is expected to remain in hospital for a few days of observation and rest.”

Members of the royal family will be able to travel as they have special dispensation, which is similar to diplomatic immunity, meaning Prince Harry would not have to quarantine if he tested negative for covid, the Mirror reports.

Thank you for taking the time to read this news article “Prince Harry Self-Isolating in Case He is Needed in the UK IF Worst Happens to Prince Philip”. For more UK daily news, Spanish daily news and Global news stories, visit the Euro Weekly News home page