FRANCE has pledged to invest billions of euros on improving the conditions of the country’s troubled low-income suburbs.

The French government has promised to assign €3.3 billion to ambitious urban renewal projects with the aim of improving the conditions and life quality of the country’s troubled low-income suburbs.

In November, over 100 elected officials from France’s peripheral banlieues penned an open letter to President Emmanuel Macron calling for increased funding to their crime and poverty afflicted areas. During a visit to one Paris suburb, Prime Minister Jean Castex announced that the government would spend billions on improving housing, security, and education in France’s poorest areas.

Meanwhile, Housing Minister Emmanuelle Wargon said the government would focus on providing new low-rent housing across France and would aim to avoid the high concentrations of such accommodation developed by previous governments to avoid ghettoisation.

Across French cities, there are 751 designated Zones Urbaines Sensible – sensitive urban zones – poor, densely populated areas that have high levels of crime, violence, and addiction. They are often home to the descendants of immigrants, and have a reputation across Europe for their marginalisation and deprived conditions.

The plight of France’s slum residents was highlighted by the recent savage assault of a Ukrainian teenager by a gang of youths in one Paris suburb that left the victim with catastrophic injuries. 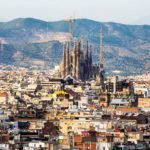