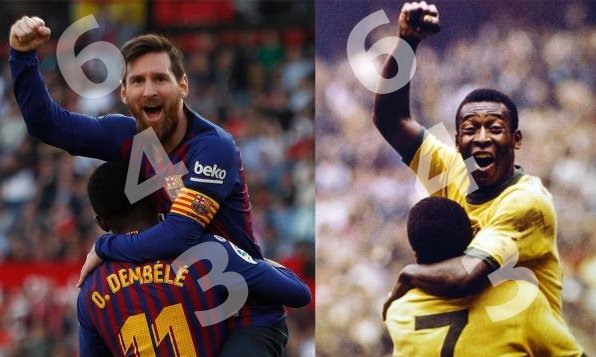 Lionel Messi equalled the number of goals scored at a club meaning lionel and Pele are now both record holders.

As Barcelona played Valencia today Saturday, December 19,  Lionel Messi became level, on equal terms now with another legend Pele, the footballer, so many think is the best there ever was.

In scoring from the rebound of his own penalty against Valencia, Messi has now the same number of goals scored for one club as Pele and that number is 643 goals scoring his first, in game 34 of the 2004 /5 season against Albacete.
He now equals Pele who scored his goals for club Santos.

Messi hit the post with the penalty, and Jordi Alba took the rebound passed it to Messi who scored in open play with a header, was that the way he wanted it? Did he hit the post deliberately? We will never know.

Around 700 Involved in “Skipping the Line” Scandal in Spain