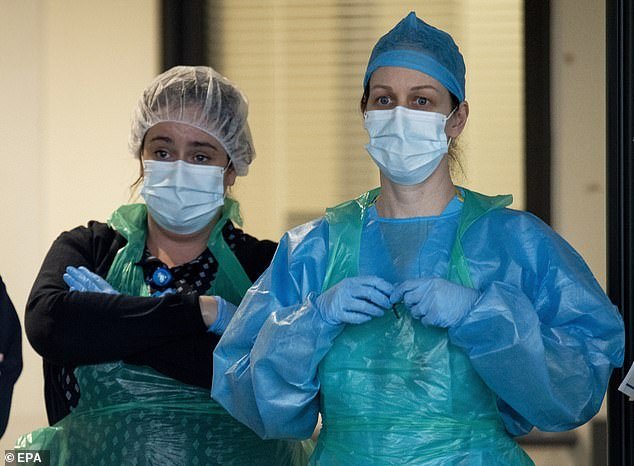 A Spanish businessman received £21 million in UK taxpayer’s money to act as a middleman between a supplier of PPE equipment and the NHS, highlighting the vast profits generated by some businesses during the pandemic.

Florida court documents have revealed that vast profits were generated in what one US supplier called ‘lucrative’ deals as the British government scrambled to supply staff with protective clothing and other products during the height of the pandemic.

Michael Saiger, a Miami based jewellery designer, used his experience working with Chinese factories to broker a major deal with the NHS. His company was awarded contracts worth over $200 million to supply millions of gloves and gowns to frontline health workers without competition.


Meanwhile, Gabriel Gonzalez Andersson, a Spanish businessman, was employed to help with ‘procurement, logistics, due diligence, product sourcing and quality control’ of PPE gear. Essentially, he was paid £21m pounds by the British government to find manufacturers for deals that had already been finalised and is characterised by one US court document of doing ‘very well under this arrangement’.

In June, as the pandemic across the globe waged on, Saiger made three more NHS agreements to maintain supplies of vital PPE. These would have seen Andersson make another £20m for himself, though as he stopped working with Saiger after the contracts were signed it is unclear whether he actually received this further instalment.


The Good Law Project, a UK charity, claims there was not ‘sufficient regard’ to taxpayers money serving to generate ‘huge profits’ for private companies and individuals. The Department for Health and Social Care stated that ‘proper due diligence is carried out for all government contracts, and we take these checks extremely seriously’.

Meanwhile, in a statement, Saiger’s company said that Andersson was not a ‘middleman’ but one of their ‘short-term contractors for additional expertise and capacity’.