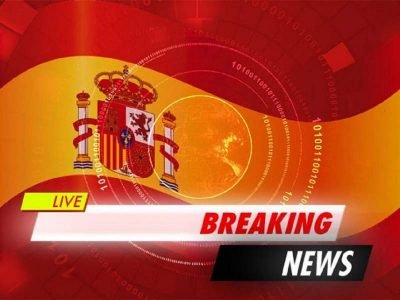 AS the Costa Del Sol applies tighter restrictions, at a critical moment in the pandemic, with a curfew and with the announcement of new restrictions that came into effect just 24 hours ago on Sunday, November 8, the police had to dismantle a huge party at a luxury villa in Benalmadena which, according to the sources, was attended by more than 100 people.

The police disrupted the party a few minutes after midnight from Saturday to Sunday, November 7 & 8, when the 092 room of the Local Police received a call from some residents of the Camino de Almocafre area, in Benalmádena town, warning of a party at a luxury villa.

Given the scale of the event, several patrols from the night shift of the Local Police and the National Police went to the scene and established a system to identify as many people as possible.


The arrival of the police officers caused a real run-off of young people, some of whom jumped over the perimeter fences of the luxury property and fled across the field.

Despite this, the Local and National Police officers were able to identify almost fifty people attending the event, all young people between 20 and 30 years old. The vast majority did not wear a mask.


The police also managed to identify the alleged organisers of the event, one of whom claimed to be the owner of the luxury villa, although he could not produce any documents to prove it.

According to the sources consulted, those attending the party have been denounced for breaching the curfew imposed by the state of alarm, as well as for not wearing a mask.

The organisers have also been denounced for a possible very serious infraction. According to the regulations of the Board, meetings and parties that endanger more than 100 people can be punished with penalties of €60,001 to €600,000 euros.

Alcoholic beverages were being consumed at the party. Although no narcotic substances were found, quite a few capsules of laughing gas were found in the garden.