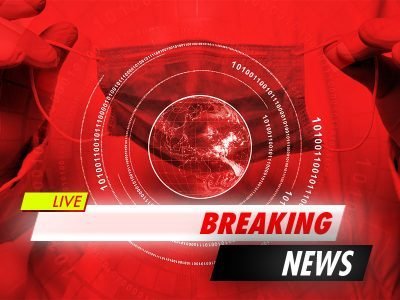 PRESIDENT Donald Trump is confident he will win the election but noted his campaign will sue in the battleground states that Joe Biden won, a sign his team is not confident the vote tallies will come out in his favour.

Trump has also demanded the nation stop counting votes in the presidential election as his campaign launched a lawsuit in Nevada, which could hand Biden the presidency should he win its six electoral votes.

The Nevada lawsuit matches legal action the Trump campaign has launched in Michigan, Pennsylvania, and Georgia as Biden approaches the 270 electoral votes needed to win the presidency.

In Wisconsin, a state called for Biden, the campaign has requested a recount.

All of the recent Biden claimed States will be legally challenged by us for Voter Fraud and State Election Fraud. Plenty of proof – just check out the Media. WE WILL WIN! America First!,’ Trump wrote on Twitter on Thursday, November 5.

The Trump campaign had a minor legal victory in Pennsylvania when a judge ruled ballot observers can watch officials count ballots within six feet. Representatives of both campaigns were in the room to watch the counts but at a further distance because of the coronavirus. They can now sit closer as long as they take the proper COVID precautions.

Democrats, however, are appealing the case. The situation in the state is chaotic and vote counting had stopped in Philadelphia and Pittsburgh, two heavily Democratic areas, while lawyers battle it out. Philadelphia later resumed counting but results could be delayed from the state.

The situation in Pittsburgh is complicated by about 30,000 outstanding ballots, where a vendor sent the wrong ballots to voters and had to reissue new ballots with the correct races.

Poll workers now have to examine these ballots to make sure that people don’t vote twice, or, if they sent in the wrong ballot, they didn’t vote in races they aren’t eligible for.

Biden has been closing the gap with Trump in Pennsylvania as mail-in ballots are counted.

Additionally a judge in Chatham County, Georgia, where Savannah is located, ruled against the Trump campaign’s legal challenge to some absentee ballots.

The judge declared officials took the proper precautions to ensure it was legal ballots that were counted.  Trump’s lead in Georgia fell to fewer than 20,000 votes as more vote totals were released.