EWN had the pleasure of speaking exclusively to expat author Jacqueline Carpenter who after being overwhelmed by the success of her first novel ‘Louisa’, published last year, is back to repeat that success with part two “Joan”.

Jacqueline lives in Los Alcazares on the Mar Menor after relocating from Essex three years ago.

The books are part of a trilogy which begins in 1937 when World War Two is looming.

The protagonist in the first novel is Louisa a fifteen-year-old girl growing up in London with a life full of emotion, love, strength, happiness and sorrow.

In the second book ‘Joan’, Louisa, is now a pretty war widow, it is the 1950’s and she is remarried and living with her new husband in a beautiful farming village in Kent.


But will they all live happily ever after? 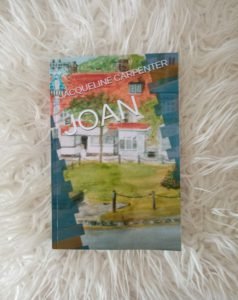 Jacqueline explained he reason for taking up writing, “My nan used to tell me stories about the war, she was 97 when she passed away. Inspired by her tales I felt I had to write some of them down so that my grandchildren could also read these stories.”

She continued, “I created a fictional family and wanted to tell of how family life was then. I wanted to motivate young girls by reminding them how strong and independent women were in those days.”

“I ran a competition last year asking readers to have their photos taken with ‘Louisa’ and post it on Facebook.  Pictures arrived from all over the world, they were brilliant.  Alan Morris, a local photographer, chose the winner, Michelle Smith for her photo of a Virgin Pilot reading ‘Louisa’ in his cockpit and delaying their flight to Florida!”

Jacqueline has planned a different competition for ‘Joan’ but for now, she is very excitedly keeping the details under wraps. The talented author does assure EWN that she already has a great prize picked out.

‘Joan’ was released on October 2 and along with ‘Louisa’ is available on Amazon at www.amazon.co.uk/dp/B08HGZWBQS. There will also be copies available to buy in Los Alcazares popular community meet up point The Post Room.

Should you wish to read more about Jacqueline or even to get in touch, you can do so at  www.facebook.com/jacquelinecarpenteruthor

We hope you enjoyed this article “EXCLUSIVE – Expat author’s success with stories of women’s strength”.