the art of publishing
More
Home Expat Lifestyle Technology Drone Deliveries Set To Get Their Own Air Corridor In A Global... 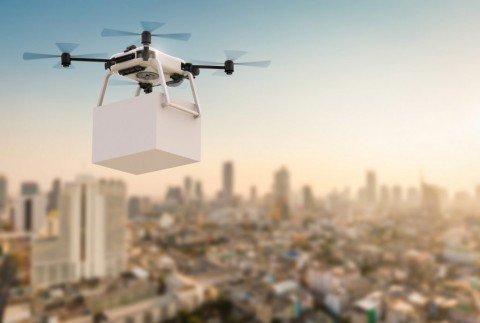 DRONE deliveries set to get their own air corridor in a global first which may see your online shopping coming from the sky in the near future.

Drone usage has seen a vast and dramatic increase in recent years and now the world’s very first air corridor for commercial drone traffic is set to open along a five mile stretch near Reading.

As reported in The Times, the aerial highway will be opened in Berkshire for aerial delivery services to move into their next stage of development.

The move, which has been banned until recently, will see drone drop-off move towards becoming a daily sight. If successful, the move could quickly see this type of commercial corridor opening up cross the planet.


Under current regulations, pilots are not allowed to operate beyond their own line of sights however this development is set to change all that and alter the way we receive deliveries in the future.

To enable the development of this, a new air traffic control system is being designed which will enable the drones to be automatically notified of others in the vicinity or obstructions along their path.


The five-mile-long, three-mile-wide corridor will operate in the same space as current airspace traffic.

Whilst the route and its objectives still need to be fully approved by the Civil Aviation authority (CAA), it is looking increasingly likely to get the go ahead.

An entirely new system called Altitude Angels, based out of Reading, will monitor all drones and ensure their safety and the safety of others while in transit.

The drone delivery is initially expected to be used for the transportation of medical supplies, blood and tissue samples, etc, however the potential for future growth, particularly by companies such as Amazon Prime are obvious.

The system is to be test with just two drones travelling in opposite directions simultaneously to ensure the air traffic control system works effectively.

Upon successful test the drone highway will be increased to three or four lanes of drone traffic.

Founder and Chief Executive of Altitude Angels said, “The size of this step cannot be underestimated”

“Beyond visual line of sight automated flight in unrestricted airspace is a very significant barrier to overcome in order to realise the vision of mass-commercial drone useage,”

Thank you for reading this article “Drone Deliveries Set To Get Their Own Air Corridor In A Global First”. For more technology news, visit the Euro Weekly News website.

Over 100 Killed in Nigeria’s Most Violent Attack This Year