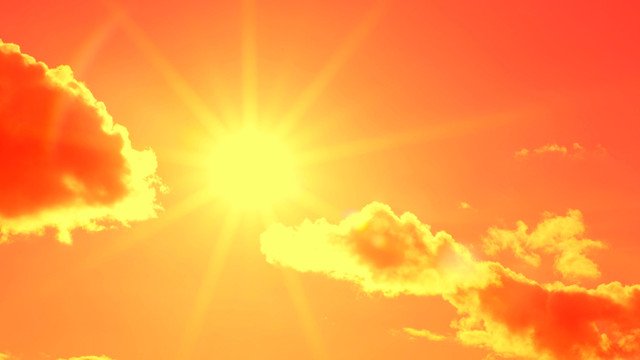 The UK is set to experience another heat wave this weekend as hot air from Holland will drive across the water bringing temperatures of 25 degrees.

A thick swell of heat will pass across the UK accompanied by sunshine before a drop in temperature occurs on Tuesday.

Despite not being able to gather in large crowds due to the new restrictions as part of the coronavirus pandemic, at least UK residents will be able to enjoy one last attack of summer sun before the autumn temperatures settle in.

The warm air, which comes from mainland Europe, will cause an untimely mini heatwave for the UK last over the weekend. Temperatures across England are expected to rise to 23 degrees of Saturday and topping out at 25 degrees on Sunday and Monday.

At this time of year, the UK can usually expect a high of just 18 degrees but Marco Petagna, a meteorologist from the MET office confirmed that the unusual highs had been the result of heat travelling from warmer climes such as Spain, France and Holland.


However, the joyous weather is not set to continue as it drops again on Tuesday.

Unfortunately, the UK as a whole will not receive equal enjoyment of the sunshine as Scotland is expected to see patches of rain before they receive their share of the good weather.


Met Office forecaster Oli Claydon said in an interview with the Mail Online, “Today will see bright sunny start, with the exception of the far north of Scotland, and highs of 21C.”

He continued, “We’ll have a bright start tomorrow, but could see some cloud and rain nudging across the south coast. Elsewhere temperatures will be stable across UK, with highs tomorrow of 23C in the south east.”

“On Sunday there is likely to be some cloud in the north of England, Northern Ireland and Scotland in the morning. The south could see sunshine and showers, with the chance of heavy showers. Wales and the central part of the country will see the best of the sunshine, remaining dry. There’ll be highs of 25C in the south east, and similar again on Monday.”

The sun reveals itself just after the government imposed new restrictions limiting social gatherings to groups of six, with any flouting of the rules resulting in a £100 fine.

Thank you for reading this article “The UK is set to experience another heat wave”. For more UK and European news, visit the Euro Weekly News website.